If you haven't made it to Pensacola's very own National Museum of Naval Aviation at Naval Air Station Pensacola, you are missing out. Pensacola is proud to be home to the world's largest naval aviation museum.
﻿
The Naval Museum is located at 1750 Radford Blvd. Suite B, Pensacola, FL 32508 on Pensacola Naval Air Station and accessible from either the front gate of Navy Blvd. or back gate of Blue Angel Pkwy.  Please remember, this is a military base and you must provide proper identification to be allowed onto base property.

The museum is open daily from 9 a.m. to 5 p.m. but is closed on Thanksigiving, Christmas, New Years Eve, and New Years Day.


﻿ The Naval Air Museum first opened in June 1963 with approximately 8,500 square feet and eight air crafts. Since then, the museum has grown to be the world's largest aviation museum with over 350,000 square feet of exhibits and over 150 air crafts from Navy, Marine Corps, and Coast Guard aviation. The museum will be celebrating its 50th year in 2013 and continues to expand.﻿﻿
﻿﻿﻿﻿﻿﻿﻿﻿ Planning your Visit
With over 350,000 square feet indoors, there's plenty to explore in the museum. Plan to spend a minimum of three hours in the museum in order to absorb all it has to offer. They have exhibits for children of all ages including indoor play areas for small children and an outdoor playground.
﻿﻿﻿﻿﻿﻿According to their website, "The exhibits of the National Naval Aviation Museum seek to capture the human element of the enduring history of Naval air power and the eras in which it served and continues to serve. Each represents a chapter of that story - stirring tales of combat actions, scientific discovery, technological achievement, and triumphs of the human spirit."﻿

The museum houses exhibits from the beginning of military aviation and showcases historical events and military personnel that shaped our nation. Thousands of stories and artifacts are preserved at the Naval Air Museum.

Some of the more popular exhibits include:
Many of the exhibits offer hands on learning opportunities for everyone including small children, youth, and adults alike.  Several of the planes, including a few retired Blue Angels jets, are available to climb and play on. There's so much to see, do, and learn at the National Museum of Naval Aviation- no wonder it's the areas top museum! 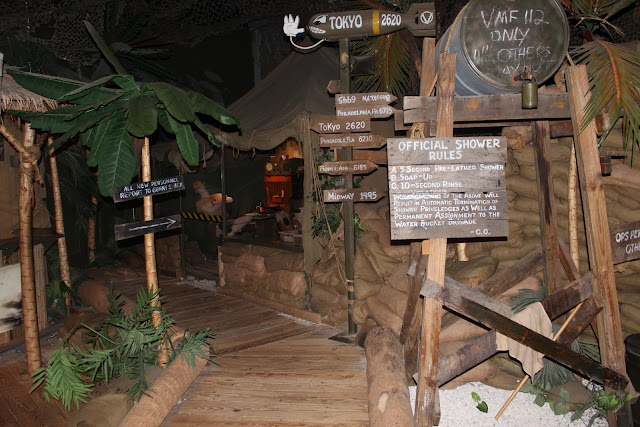 Free Tours at Naval Air Museum
It's easy to get lost in here! With so much to learn, I suggest taking advantage of the free tours. The museum offers free guided tours daily at 9:30, 11:00 am, 1:00 pm, and 2:30 pm given by retired military museum volunteers. You can also take a self guided tour by downloading the tour information from their website. There's also a 20 minute Fight Line Bus Tour that explores over 40 air crafts which are stored outside the museum. Donations are appreciated.

Wear comfortable shoes. There are elevators to access the upper story. They also have a gift shop and a cafe with food and beverages.

New at National Museum of Naval Aviation
Recently, the museum opened the Flight Adventure Deck which contains a number of hands on science experiments, facts, and an actual flight simulator! A number of scientific devices and displays help children understand the concepts of gravity, Newton's Law, air pressure, Boyle's Law, and other elements that affect aviation.

IMAX® Naval Aviation Memorial Theatre
The IMAX Theatre offers the largest IMAX screen in Florida and one of the largest in the world.
The museum offers several 3D films including the Magic of Flight which features our hometown heroes, the Navy's Blue Angels. Most IMAX movies are between 35 minutes and 1 hour. IMAX tickets are $8.75 for adults and $5 for children.
﻿
﻿
Blue Angels Practice ﻿﻿﻿﻿
This museum just keeps getting better! You can watch the Blue Angels practice over NAS most Tuesday and Wednesday mornings during the season (March through November).  You can catch free shows weekly at Naval Air Station as the Blue Angels practice for their upcoming shows. Even better- the Blue Angels are available at the National Museum of Naval Aviation after Wednesday morning practices for photo opportunities and to sign free autographs.
﻿ 2012 Remainder Practice Schedule at NAS
September 12th, 18th, and 19th
October 17th, 23rd, 24th, and 30th
November 2 & 3rd is the annual Blue Angels Homecoming Show at the Naval Air Station.

For more information on the National Museum of Naval Aviation, visit their website or call them at (850) 452-3604.

While you are here, you might as well go across the street and visit the Pensacola Lighthouse and Museum! From the top, you'll have a one-of-a-kind view of the Naval Air Station, Museum, and the Gulf of Mexico. 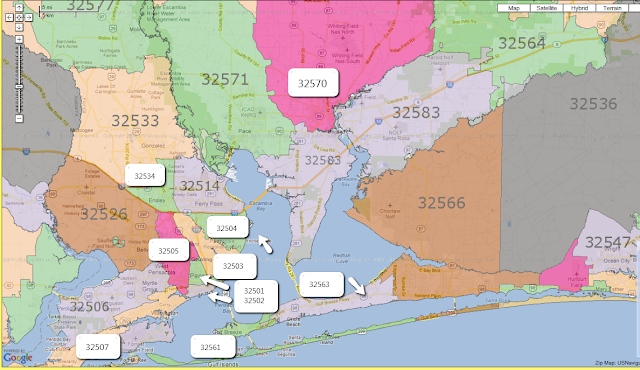 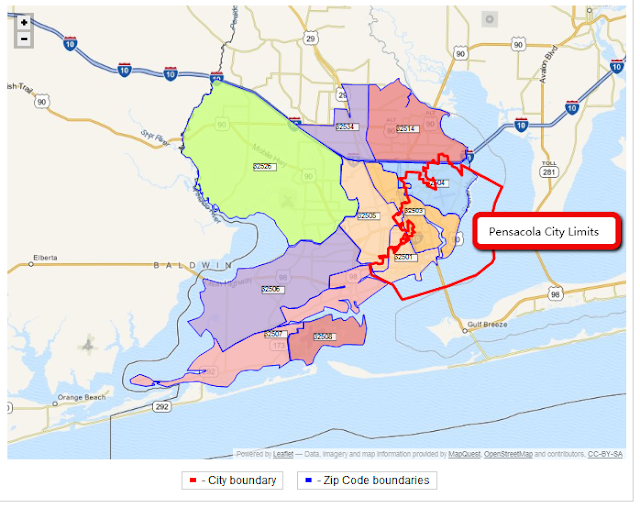 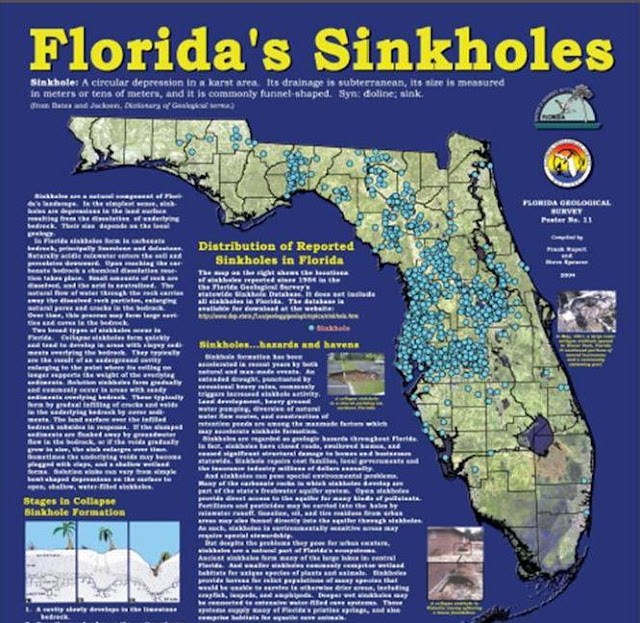 Here's the Scoop on Florida Sinkholes Northwest Florida is much less susceptible to sinkholes according to the DEP. Last week, the agents at Realty Masters were glued to the news stations covering the unfortunate incident in South Florida with the sinkhole that swallowed a man sleeping in his bed. This incident occurred in Southern Florida near Tampa and got us thinking so we did some research. Turns out, Northwest Florida is extremely lucky in this respect- check out this map of reported sinkholes in Florida.﻿﻿﻿ Florida Sinkholes~  Northwest Florida (Escambia and Santa Rosa County) are the first two counties in NW FL As you can see, the majority of areas affected area in Central & Southern Florida.  Another reason we are lucky to live in the Florida Panhandle!  Escambia and Santa Rosa Counties appear to be much less susceptible to sinkholes. A few fun facts about sinkholes: Sinkholes are a part of the Florida topography. Escambia, Santa Rosa, and Okaloosa Coun